We all know design matters. At Business of Design™, we think designers matter too.

Business of Design™ launched in 2004 with one goal: to transform the industry, one designer, one business at a time. Today, we’ve created an unrivalled coaching and learning community for the interior design professional. Our systems and strategies are now field-tested, by more than a thousand design professionals, just like you.

Every new initiative at BOD is strategically geared to further your development as a business owner. We know your success motivates and inspires others, and ultimately elevates the entire design industry. That’s why we are thrilled to launch Business of Design Chapters. BOD Chapters are designed to enhance your BOD Premium Membership, they are not a replacement for our structured learning program. Although specific BOD learnings may be discussed and courses suggested at BOD Chapter meetings, the full BOD content will not be taught directly at BOD Chapter meetings. We encourage you to join Business of Design™ as a Premium Member to gain access to the full program and to have Kimberley Seldon as your mentor.

Each BOD Chapter has one primary purpose—to carry its educational message to design professionals who are seeking the support of industry peers and professional advocates. Pay it forward and invite new designers to join your BOD Chapter and to contribute to our growing community.

To find a BOD Chapter near you, click the button below. If you don’t see one in your city, reach out to us and we’ll help you become a BOD Advocate to start a new BOD Chapter.

Thank you for your continued support. Together, we can change the industry—one designer at a time.

FIND A BOD CHAPTER NEAR YOU

Our BOD experience has taught us to respect the following philosophies:

ONE – At Business of Design™, our common growth comes first; personal development depends on group unity. Each member of a BOD Chapter is a small, but important part of the whole. Attend meetings, contribute experience and support the Business of Design vision.

THREE – A volunteer must be selected for each month to lead the BOD Chapter meeting. The BOD Meeting Leader will open the meeting by reading the BOD Chapter Meeting Guidelines. The leader’s role rotates each month to give everyone a chance to serve. The group may also decide to share organizational responsibilities in any way it sees fit. All members are to be guided in the spirit of service and support—universal respect is key to the success of an individual group and BOD as a whole.

FOUR – The only requirement for BOD Chapter membership is a desire to create a more mature interior design business through education and support of our fellow designers.

SEVEN – A BOD Chapter must never endorse, finance or lend the Business of Design name to any related or outside enterprise. No secondary facilities or groups should use the BOD name or be branded in any way as to suggest affiliation. While a BOD Chapter may cooperate with anyone, such cooperation must never imply affiliation or endorsement.

EIGHT – Every BOD Chapter must be fully supported by the voluntary contributions of its own members, declining outside contributions. Accepting sponsorships or endorsements can create implied or explicit partnerships and BOD must remain autonomous. Any public solicitation of funds using the name Business of Design™ is strictly forbidden.

NINE – BOD Chapters have no opinion on outside issues; hence the Business of Design™ name can never be drawn into public controversy.

TEN – Business of Design™ believes the principle of anonymity has immense significance. Honest, vulnerable sharing is a sacred part of the BOD Chapter meeting experience. We are more likely to succeed when we openly share our goals with others. Gossip has no place in our membership. Keep intimate discussions in your heart and do not share them outside the membership.

FIND A BOD CHAPTER NEAR YOU

Remember, we need your support: Business of Design™ does not receive mandatory funding from individual groups. BOD does rely on the paid memberships of individuals to financially support its learning initiatives and outreach. As a BOD Chapter member, we ask you to please consider paid monthly or annual Business of Design™ membership. We can’t do this work without your support. 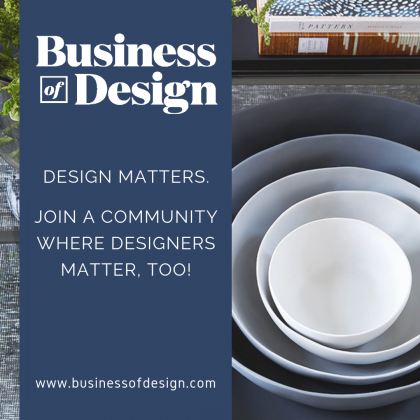 Bring BOD to me!

Interested in becoming a BOD Advocate and launching a BOD Chapter in your area? Reach out to get started.

BOD Chapter Meeting Guidelines are to be read in their entirety by the volunteer meeting leader at commencement of each meeting. This document is available to all members.