Independent interior design firms can create robust marketing plans that speak to the passion, talent and business acumen clients are looking to hire. In this episode Maury Riad of Fuigo shares some fundamentals for marketing.

In this episode we learn:
– we can protect the artistic legacy of our community and market our independent businesses
– differentiating between all the social media platforms, what to use when
– a three-pronged approach to solid marketing
– how to build awareness, credibility and trust, making it easier for clients to hire you

Never forget about these important numbers:
1. Income statement – are you profitable?
2. Balance sheet – how liquid are you?
3. Cash flow –you 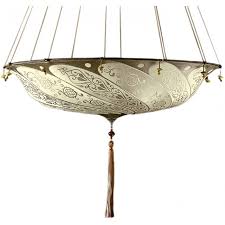 For more than 25 years, Maury Riad has worked in the world of interior design. As a steward of the Fortuny legacy, he, along with his brother Mickey Riad, took over operations of the Venetian textile company from their father in the early 1990s. Together, they brought the 100-year-old firm online and into modernity, expanding design, sales and distribution. Mickey directed design and creative, while Maury oversaw the business and its operations. Against all odds, they grew and reshaped the business while keeping Fortuny’s soul intact, preserving the original printing process that Mariano Fortuny developed in the early 1900s.

Working closely with interior designers, Maury has seen design go through seismic shifts. Technology has cracked open the once-insular world, bringing design to more people but also making it more homogeneous. Maury sees an opportunity to usher in an era of creative design that adapts to the digital age without losing its independence. Just as he once did with Fortuny, through Fuigo, Maury is bringing design into the future while protecting its past.

A Japanese word, fuigo are the bellows used to fan flames for traditional sword making. Without the bellows, the oven wouldn’t get hot enough to forge a sword. Fuigo is the power behind the process, the energy that keeps the fire going. For a design firm, Fuigo means community, workspace, an unmatched resource library, software, access to top-tier product vendors and sourcing, business support and bookkeeping—it’s everything you need to design your firm’s future.

With co-founder Bradley Stephens of Stephens Design Group, Mickey and Maury Riad created a flagship space that expresses their shared vision for the future of interior design. The full-floor, 18,000 square-foot New York City studio inspires with beautifully appointed workspaces and all the amenities and resources designers need to grow a successful business.

Legal Disclosure | This podcast is for educational purposes only and should not be used for any legal decisions. Kimberley Seldon Design Group, Kimberley Seldon Productions Inc., Kimberley Seldon Design and Media, Inc., Business of Design™, or any of its affiliated companies or staff is not responsible for any errors or omissions effecting accuracy in any content, and they will not be held liable for the use or misuse of information, facts, details or any other aspects should there arise any defects, errors, omissions or perhaps inaccuracies. Extensive research has been conducted to put this podcast together for the purpose of educating our industry in order to better serve the public. Care has been taken to acknowledge ownership of copyrighted material. The advice and strategies contained herein may not be suitable for every situation. This work is offered with the understanding that we do not render any legal, accounting or other professional advice. Seek the advice of a lawyer and/or other competent professional person in all matters of law. Further, listeners should be aware that internet websites mentioned may change or disappear between when this was recorded and when it was listened to.